What's on your mind?

Hey everyone, I'm MakeShift and I've been assigned to you guys as the Wiki Manager for the Penny Dreadful Wiki! I'm here to help you guys and act as a sort of "middleman" between the community and full-time Fandom staff, and to make sure we keep everything healthy and in great shape.

While I'm at it, I might also bring up Fandom's latest project, the Unified Community Platform, or UCP. Over the next little while, Fandom will be transitioning over to the UCP, and so I'll be here to help make that process smooth for all of you. Just last week the first release of the UCP became live, which is super exciting! All new wikis created will utilise the UCP, and before long so will we!

Overall, if you need any help, don't be afraid to swing me a message, and I'll try my best to solve any problems you guys might have!

The first teaser trailer for Penny Dreadful: City of Angels is here. Thoughts? 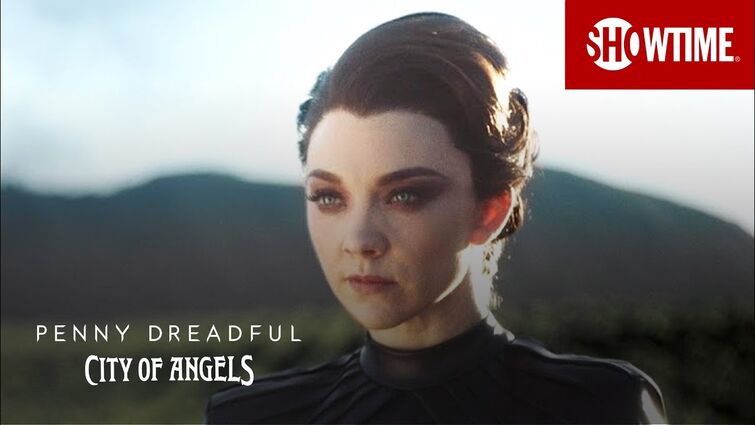 John Logan, Penny Dreadful’s architect, was just as shocked as the rest of us to learn there were more stories to tell.

The three-time Oscar nominee saw that first iteration of his Showtime series—which concluded in 2016 after three seasons—as a “beautifully complete sonnet” for Eva Green’s Vanessa Ives. “Very shortly after that, Showtime was asking, ‘Would you ever reconsider doing more,” Logan tells EW. “And I said, ‘No. I’ve done that story, I’ve done gothic horror with literary characters. But if there’s anything else that ever occurs to me, I’ll get in touch.’” Then, he says, something happened: “The world changed with such a seismic crash everywhere around us.”

More specifically, Logan points to “the worldwide resurgence of political extremism, atavistic nationalism, dangerous demagoguery, and the vehement racism and antisemitism,” with Penny Dreadful: City of Angels as his response to it.

To understand the present, the show’s writer-creator goes back to 1938 L.A. during the construction of the Arroyo Seco Parkway. Logan chuckles at the thought that “this may be the first television show in history about the building of the freeway.” This new series is built around Tiago Vega (Daniel Zovatto of HBO’s Here and Now), whose family is displaced by the freeway’s construction; he serves as the first Chicano LAPD detective, working to solve a grisly murder with his mentor, Officer Michener (Nathan Lane). (READ MORE HERE)

The best way to describe penny dreadful is I guess it would be a bit similar to like league of extraordinary gentlemen in which classic horror type characters team up to fight demonic evils, so Im expecting a same sort of storyline

im hoping for more action, especially between characters who never interacted, this is the chance to make things right, I think it would be cool to bring in dracula, caliban and it doesnt have to be ethan, but just another werewolf for them all to fight off, that would be awesome

for new characters that are awesome, not just humans and they can expose more supernatural powers

and hopefully we get old characters back, as many possible, yes I am aware rory kinnear is returning but not as caliban, but for caliban to come back would be great, just basically any character left alive, but even ghost characters would be fine to see too.

they can bring in more creatures too I guess, they should keep away I think from little green men(aliens), but maybe they can bring in dragons, minotaurs, etc., Maybe they can bring in zombies, not vampires but zombies. I have no clue what the budget will be for this show so I am not expecting giant monsters to show up or anything, I guess dragons were hard enough to show on game of thrones with their budget and penny dreadful doesnt make as much profit as GOT and something tells me the spin off wont either. I also want to comment that I dont think they need to be in god, the devil(yes I am aware he shown up once) or traditional angels and demons, Im burned out on them for one and two, I feel they need to be kept in mystery cause I just have personal reasons for not wanting them to show up. Id also hope they dont just do more human vs supernatural warfare. A cool idea I would like to see is the supernaturals go into factions to take over earth, heaven and hell and do what they want with them. And the humans just happen to be in the middle of it all, and yes I would like for there to be good and bad supernaturals, not make them all bad. I dont even want them to make all the supernaturals good and all the humans bad cause I see how that could play out and I dont want that either

but those are my hopes, if you all have any hopes, let me know in the comments

This announcement is little overdue, but there is currently a Penny Dreadful Spinoff in Development at Showtime, centered around Mexican-American folklore and social tension in 1938 Los Angeles. I'm hype af about this. Didn't expect something like this.

A spiritual descendant of the story set in Victorian-era London, the next chapter will employ a new vision, new characters and storylines. It opens in 1938 Los Angeles, a time and place deeply infused with Mexican-American folklore and social tension. Rooted in the conflict between characters connected to the deity Santa Muerte and others allied with the Devil, Penny Dreadful: City of Angels will explore an exciting mix of the supernatural and the combustible reality of that period, creating new occult myths and moral dilemmas within a genuine historical backdrop.

“Penny Dreadful: City of Angels will have a social consciousness and historical awareness that we chose not to explore in the Penny Dreadful London storylines,” Logan said. “We will now be grappling with specific historical and real world political, religious, social and racial issues. In 1938, Los Angeles was facing some hard questions about its future and its soul. Our characters must do the same. There are no easy answers. There are only powerful questions and arresting moral challenges. As always in the world of Penny Dreadful, there are no heroes or villains in this world, only protagonists and antagonists; complicated and conflicted characters living on the fulcrum of moral choice.” Read More Here...

What is it that Vanessa smokes, as she has stated that she does not use tobacco? Has this ever been made specifically definitive in any episode?

why did they ever take this wonderful series off the air!  I just watched the series again on Netflix and it was not finished it could easily have gone on.... #verySad!

Has anybody researched the costumes with a mind to getting their own gear together? I've been researching the costume worn by Peter Cushing as Van Helsing in Hammer Productions 1958 Dracula/Horror of Dracula. I noticed that the style is similar to that of Sir Malcolm. They both wear the same hat which appears to be a dark brown Homburg and their overcoats are also very similar, but I'm having trouble identifying the exact style. Does anybody know the type of overcoat worn by Sir Malcolm? It looks close to an Ulster, or Chesterfield. Any ideas?

Way before there was going to be a Season 3 Showtime was running a commercial for PD - I believe to get new watchers. It was in black & white and narrated by Vanessa. I cannot find it anywhere. Anybody have any ideas?

Everything explained directly by John Logan, show creator: http://tvline.com/2016/06/20/penny-dreadful-cancelled-season-4-john-logan-interview/ It was totally out of the blue to me! I don't know if I'm sad or disappointed, as I don't think the show ended it's stories as Logan says! There are too many unsoved questions left and he decided to end Penny Dreadful in a way that I find rather hasty. Great for a season finale, not a series finale.

What novel does the character of Vanessa Ives come from? Like every other character in show comes from some fiction novel

The show takes place in the Victorian Era and in London too. All the monsters are there, even Dorian Gray and Dr Jeckyl. But who is missing? The writers have to ask themselves, Where is Jack the Ripper? I believe he will be brought in as a major character in the action.

So, in the third season it seems that we will see a lot of unusual alliances. From the various behind the scenes and trailer released, I've noticed the following:

- Victor will partner with Dr Jekyll, that we all know is the human counterpart of the more monstrous mr. Hide. How long will it take Victor to be in danger? Or will their own experiments to create the "monster" mr. Hide? Maybe as a backfired experiment or something like that.

- Vanessa seems incilne to a new friendship with this mysterious curator of the museum, as well as being treated by Dr Seward who has the appearance of her old friend Joan Clayton. How do you think they will explain this similarity? Will she surrend herself to the devil or Ethan would come back to help her? Do you think that this mysterious mr Sweet is actualy good or something far more bitter, like a minion of the devil if not the devil himself?

- Ethan is hunted by many hired guns, most of them probably hired by his father, but he's also hunted by the pretty Hecate Poole. Is she going to be an ally or is still on the devil's side like her mother?

What happen to Vanessa after had love with Mr Gray? and why not other women suffer like her after making love with him?!

Who tried To possess Her during all season 1 ??considering that lucifer has been introduced this season, And The master vampire Can't possess People (i guess)!i still don't understand how amunet And amun-Ra fit in all this mythology

How do you think she is going to handle being dumped after she let her defenses down with Dorian?  The ball was suppose to be her coming out,  well she did but so did Lily.